Situated on the lake shore the Lough Derg Pilgrim Path follows the footsteps of the medieval Lough Derg Pilgrim not to Station Island where pilgrims normally go today, but to the shore nearest the larger Saints Island. The island was the location of the monastery which for several hundred years acted as a gateway to St Patrick’s Purgatory. This moderate walk is approximately 12km/7miles, commencing and finishing near the Visitor Centre at the end of the R233 from Pettigo Village. (Pilgrim Path guide sheets are available at the Visitor Centre located on the Lakeshore.) 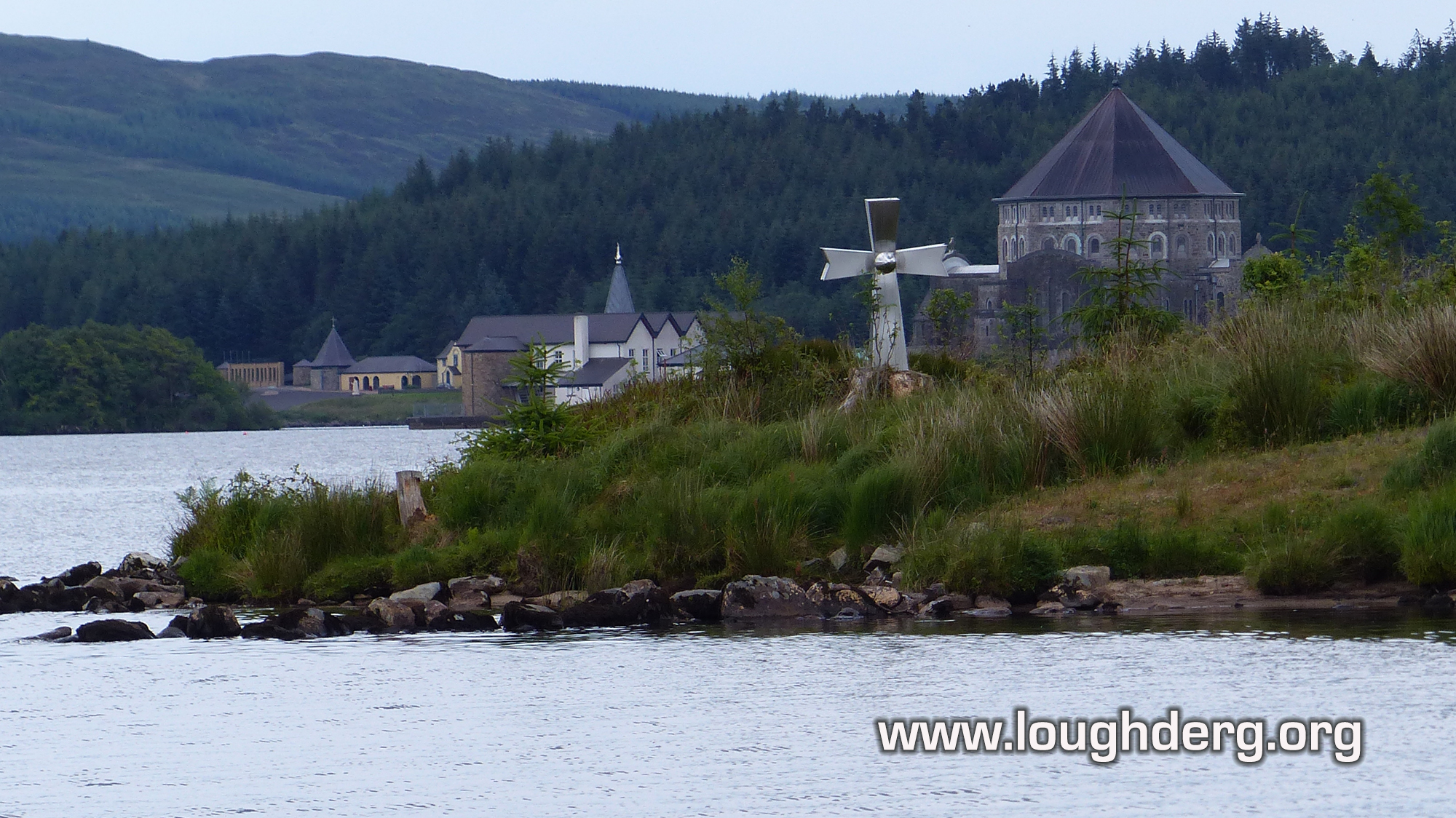 Within a few metres of the start, this Co. Donegal Pilgrim Path reveals a pilgrim route with something of a timeless quality, far removed from paved roads, houses and most other signs of modern-day living. It has many echoes of its early Christian past along the way, inlcuding St Brigid’s Well on the Lough Shore. Information about the pilgrimage may be obtained at the Visitor Centre.

Some of the highlights on the Pilgrim Path

At about 1.15km, a stepped path down to the right leads to St Brigid’s Chair, a naturally weathered boulder of banded gneiss. 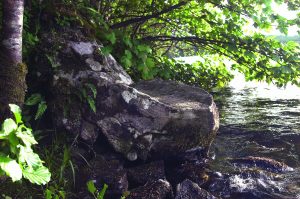 A little further along the route, a narrow footpath up to the left leads to St Davog’s Seat. The name associates this feature in the landscape with the founding abbot of the sixth century monastery on Saints Island. The ‘seat’ is a naturally occuring rocky outcrop, but it seems to have had one or two blocks added to it, hinting that it may once have been a Bronze Age burial place.

From here the medieval tóchar that came over the high ground from the ancient cemetery at Templecarne began its descent towards the shore of Lough Derg. From this point, the path follows the route of the old pilgrimage road to St Patrick’s Purgatory.

At 1.75km, just before the forestry barrier, there is a small parking and picnic area. St Brigid’s Well is found below here, at the very edge of the lough water. At the well, on the metal cross and nearby, may be seen pieces of rag and other votive tokens left by pilgrims to the Well. 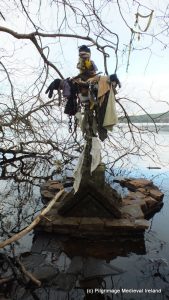 The later stretches of the route do not always follow the shore so closely, but cut through the forestry which is managed by Coillte, the state forestry service which owns this land, who co-operated in creating this Pilgrim Path in 2004 and supports the Lough Derg Pilgrimage in maintaining the path today.

The goal of the pilgrim on this path is the point on the lough shore opposite Saints Island where one can still see the stones that formed the foundation of the wooden bridge that gave access to the monastery in the later medieval period (see image at the top of this page). From there the path continues full circle to the visitor centre where the walk began.

At the start and at several points along the Pilgrim Path information boards offer further interesting detail about the route and its features. The Lough Derg Pilgrim Path offers ever-changing views of Station Island, the intriguing site of the original Purgatory Cave and the location of the pilgrimage in its present form. 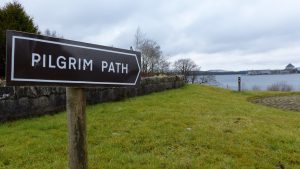 Further information about walking the path or the history of the path is available from the Lough Derg Pilgrimage Centre at info@loughderg.org

BOOK HERE
We use cookies to ensure that we give you the best experience on our website. If you continue to use this site we will assume that you are happy with it.OkRead more