The importance of Friendships

Fr La shares a lovely little insight on Pope Francis’ way of engaging with people, courtesy of The Irish Catholic’s Letter from Rome column by John L Allen Jr (Jan 18, 2018).  On the list of those scheduled for an audience with Pope Francis, Bishop Brian Farrell, Secretary of the Pontifical Council for Promoting Christian Unity, happened to notice a name he had never heard of from a church he had never heard of.  Since his office was normally responsible for organising such meetings, Bishop Farrell rang around to make inquiries but failed to come up with any information, until finally the office that puts together the Pope’s daily schedule was able to tell him that it was Pope Francis himself who had arranged that appointment. 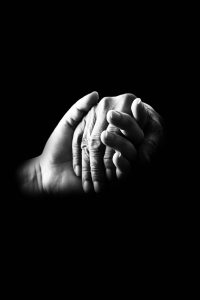 On the following morning, the Bishop picked up the phone on his desk to find that it was the Pope who was calling him.  Francis mentioned that he had heard that Bishop Brian had been making the inquiry about his visitor.  He explained that this person was someone he had known since before he had become Bishop of Rome, and that he believed that ecumenical progress does not always come from institutional dialogues and formal events, but also from direct one-on-one friendships.

Apart from the value of the insight and conviction that the Pope shared, there is here the ‘added value’ of a personal style that is so hands-on as to both know that the inquiry had been made and to lift the phone to follow up personally.