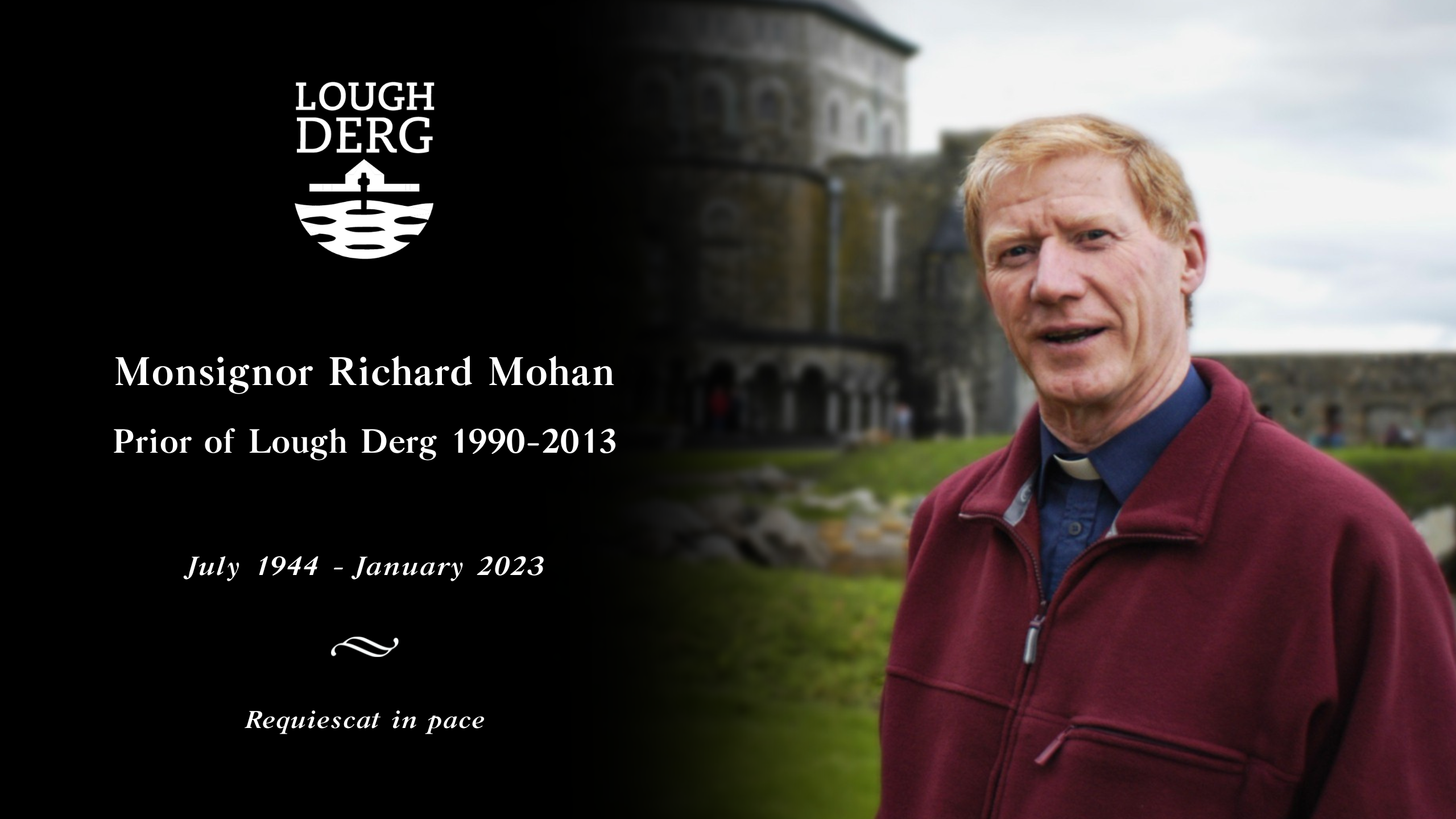 The Prior, Father La and the team at Lough Derg were deeply saddened to hear of the death on Sunday 1st January 2023 of Monsignor Richard Mohan who was Prior of Lough Derg 1990 – 2013. Father Mohan will be fondly remembered by thousands of Lough Derg pilgrims all over the island of Ireland and beyond, having first served as a priest on the island in 1974, and as part of the team every year until his retirement as Prior in 2013.

His legacy will live on at Lough Derg not only in the development of the fabric of the island but also and perhaps, more so, in the friendships made with staff and pilgrims and in the great pastoral support that he is renowned for.

We extend our deepest sympathies to Father Mohan’s family and friends and all who mourn him.
May his soul rest in eternal peace.
2023 Season Programme